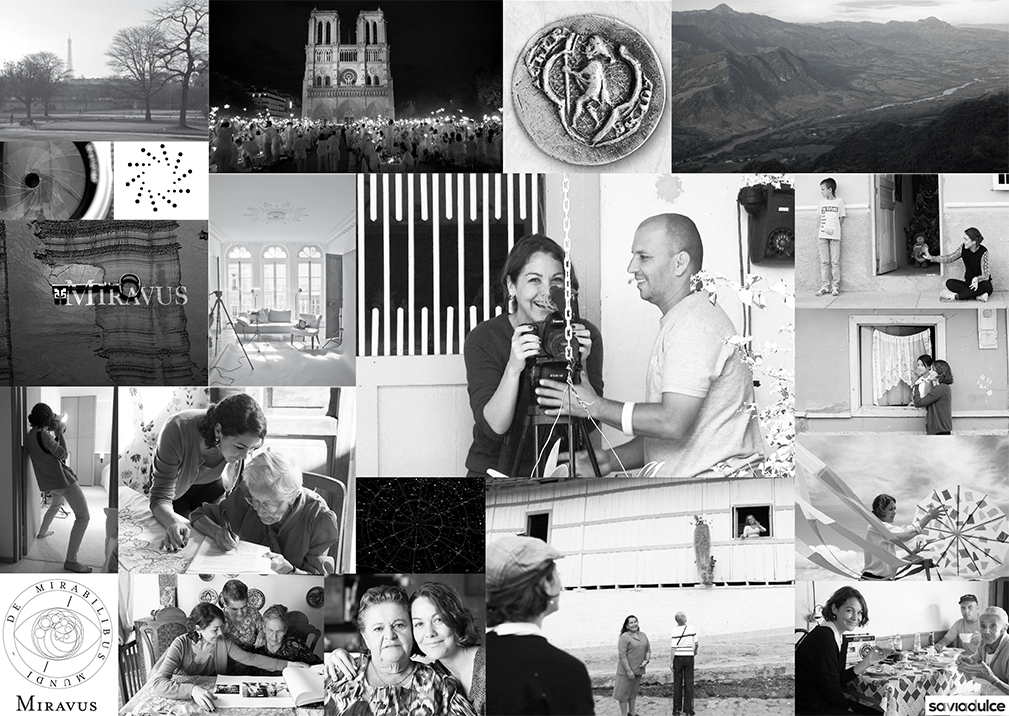 Catalina Mesa was born and raised in Colombia. Her interest in art and spiritual expression began with ballet and contemporary dance. She studied Management and Communications at Boston College and worked in New York as a producer of transmedia projects for different brands and European magazines. She moved to Paris and completed her degree in History of Performing Arts and a Masters in Literature at the Sorbonne, while also traveling to India, Japan, and Bhutan. Her passage through the latter country led to her his first book of poetry and photography: Elixir del dragón (Dragon Elixir).

Her training continued at Gobelins, the visual arts academy in Paris, where she attended photography, video, and editing courses; at the FÉMIS (National Film School of France), where she began her directing studies; and then at the University of California, where she traveled to attend courses in digital cinematography and direction.

Her production company Miravus carries out projects for different brands in a number of fields, including fashion, art, music, and decoration.

After completing the documentary Farm for Change for the global movement Design for Change, Catalina returned to Colombia to fulfill her promise to honor the memory of her great aunt Ruth Mesa by celebrating Antioquia’s feminine spirit with the intimate portraits of eight women from the town of Jericó. The Infinite Flight of Days is her debut and her way of preserving and celebrating the essence and authenticity of this region’s feminine spirit, which is an expression of Colombia’s immense intangible and cultural heritage.